In practice, we only get coherent reflections (that are in the correct lateral position) when the rock layers are flat and continuous.
One way to think of this is to consider the “zero-offset normal ray” section. This is where the reflected ray-path between a source and receiver at the same location at the surface makes a right-angle with the reflecting layer.


In effect the “zero offset normal ray” section is a stack – we have corrected the source-receiver offset to zero using the  NMO correction on a CDP gather, and then stacked (summed) the traces together.

As well as the “ray path” view we can also think of how waves propagate based on Huygen’s Principle. Where we have discontinuities (such as faults, or intrusions) the secondary wavelets used in Huygen’s construction will not fully constructively or destructively interfere, giving rise to diffractions.
When looking at a stacked section, the key things to remember are that:

In order to resolve these issues we need to migrate the data.

Migration uses a mathematical model to reposition data to its correct lateral position and collapse diffractions. This usually requires some kind of velocity model; as computation speeds have improved it has become practical to use algorithms that can work with more complex – or realistic – velocity models.

In this case the line we are working on has some fairly steep dips and complex ray-paths; after a couple of rounds of velocity picking you will have come across some situations where the velocities are hard to pick;  this is because we have diffracted events (which do not have hyperbolic moveout) as well as dipping events.
Dipping events cause problems not only because the reflection hyperbola is distorted, but because the “common mid-point” is smeared and shifted up-dip.

Velocities picked on pre-stack time migrated data are a better approximation to the actual RMS velocity of the sub-surface layers, and so can be more useful as a starting point for depth conversion.

A good way to understand the migration parameters is to look at some impulse response functions; this will show you the shape of the migration operator with different parameters.  You can do this by zeroing all of the traces, and placing some suitable ricker wavelets at different time values then running migrations.

The parameters we can vary do two things.  They serve to speed up the migration (by limiting the operator in terms of its spatial extent) as well as reduce or remove artefacts from the data.

The main artefacts we want to eliminate are wavelet stretch, which occurs for the same reason as NMO stretch which picking velocities, and aliasing of the operator shape. The operator becomes aliased because (usually) the vertical sampling of the data (time sample interval converted to distance) is at a much higher resolution than the horizontal sampling (the CDP spacing).

In this case, we have a 4ms sample interval at a constant velocity of 1480ms-1, which corresponds to a 2.96m vertical resolution (remembering we are looking at two-way-time), and the CDP spacing is 12.5m.  As a result the operator will be spatially aliased at high angles.

The main controls we usually have in a pre-stack time migration are:

The results of a pre-stack time migration will be zero-offset image ray gathers; these will be “flattened gathers” if:

In practice, these are all likely to be approximations. The velocities we supplied came from normal-ray gathers, and so as we identified earlier they are contaminated by dip.
Beyond 45° or so, we need to start worrying about anisotropic behaviours; this is where the simple second-order normal moveout equation breaks down and we must pick higher order terms and use anisotropic migrations.

Finally, if we have significant refractions as a result of rapid lateral or vertical velocity gradients, then we need to think about using a pre-stack depth migration.

When we examine the gathers after migration we can look at whether we need to modify or re-
pick the velocities (sometimes called picking residual moveout or RMO) before making a final stack.

If the residual moveout is large it might be worth using the new velocity field and running a new migration. This could be another iteration of the same algorithm, however if there are non-hyperbolic components to the residual moveout then you might need to consider if it is worth the time and effort to move to a more sophisticated migration algorithm. 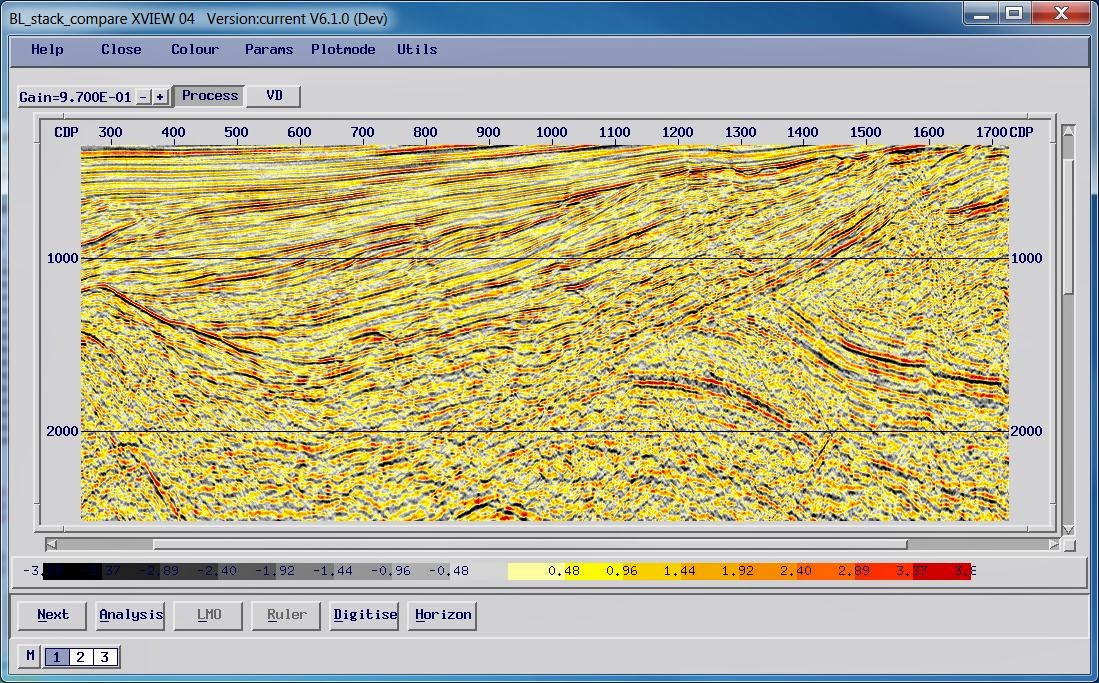 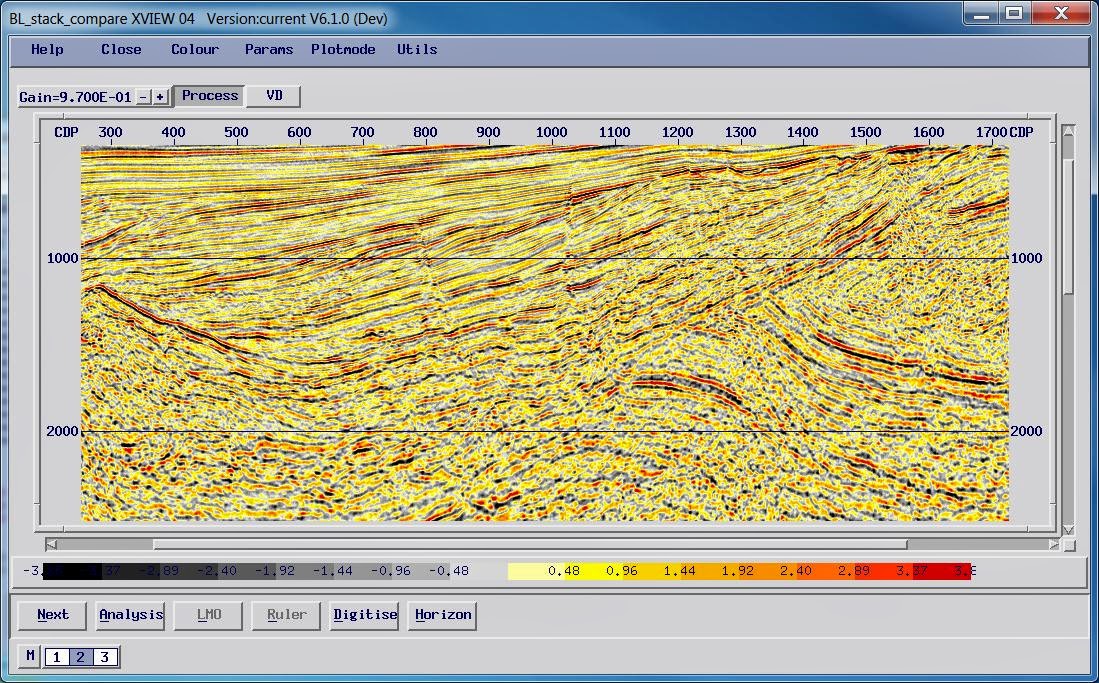 By: Guy Maslen
Posted by GLOBE Claritas at 17:39